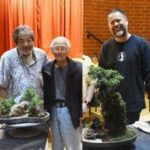 We have a unique dual demonstration planned for the March 14 meeting at the Arboretum. Jason Saito and Jaime Chavarria will be talking about and demonstrating the differences and similarities between two distinct styles of landscape plantings; a rock planting (ishitsuki) , and a Chinese...Read More »

The February 8 meeting at the Arboretum will feature long-time member Louis Camerota. As you recall, Lou is an expert at raising and training Satsuki azalea bonsai. Lou’s beautiful azaleas have been awarded “Best of Show” in our club shows. Last year Lou talked...Read More » 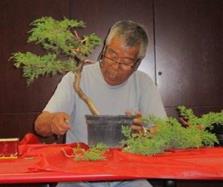 For Food: Club will provide main dish and drinks. Bring your favorite side, salad or dessert to share

The Raffle: Bring an item for the table 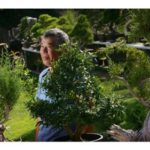 Because of a scheduled night event at the Arboretum, our November 9 will be held at Longo Toyota in El Monte at 7:00pm. (See the directions below) Takashi “Tak” Shimazu will be our guest...Read More » 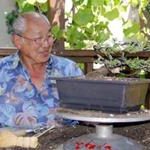 The October 12 meeting will be held at the Arboretum at 7:00pm, our usual place and time. Our guest demonstrator will be Mel Ikeda. What a pleasure to have him back to share his extensive expertise in bonsai styling.